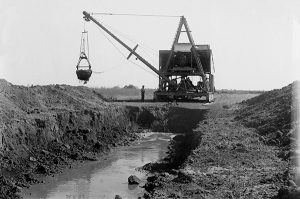 Even the best ditch could not deliver water if the river lacked flow. The Poudre surged with springtime snowmelt for a few months, only to have insufficient flows later in the season. Northern Coloradoans needed to store the abundant spring flow ; reservoirs provided a solution.